Can vitamin D lower a person’s risk for type 2 diabetes? The National Institutes of Health (NIH) has high hopes that it can. 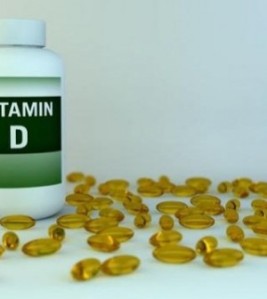 The NIH is donating millions of dollars to fund research that will investigate whether or not vitamin D supplements can effectively prevent type 2 diabetes, Medical Daily reported.  The Vitamin D and Type 2 Diabetes study – also known as D2d – will involve more than 20 health centers across the United States. Each health center has pledged to take up the task of analyzing vitamin D’s potential benefits.

The researchers cited the recent increase in the use of vitamin D supplements as a motivating factor for their study.

“Vitamin D use has risen sharply in the U.S. in the last 15 years, since it has been suggested as a remedy for a variety of conditions, including prevention of type 2 diabetes,” said Dr. Myrlene Staten, the project officer for D2d at the National Institute of Diabetes and Digestive and Kidney Diseases. “But we need rigorous testing to determine if vitamin D will help prevent diabetes. That’s what D2d will do.”

The study will follow more than 2,500 volunteers, over the age of 30, who have been diagnosed with prediabetes, a condition characterized by glucose levels that are higher than normal.  According to Medical Daily, half of the participants will receive 4,000 international units (IUs) of vitamin D and the other half will receive a placebo.

According to the Centers for Disease Control and Prevention, 25.8 million Americans (8.3 percent of the population) suffer from diabetes, and 18.8 million Americans remain undiagnosed.  Characterized by the body’s inability to properly metabolize sugar, type 2 diabetes can lead to a range of health problems, including cardiovascular disease, stroke, nerve damage, kidney failure and many more.

This entry was posted on October 24, 2013, 12:11 pm and is filed under Uncategorized. You can follow any responses to this entry through RSS 2.0. You can leave a response, or trackback from your own site.